Coffee And The Cake (Part 3)

It’s been five days and nothing literally happened. Derik showed no hints at all. But I was sure he would have stalked my entire account at least once. My recent activities, recent pins, the major how about of my movements from one place to another. A social media app has a lot to offer. I realized that lately.

A complete human could be transformed into another in the span of two years, and then this was about me. This was about us. I waited patiently like a hunter who waits for his bait to get trapped. But wait, I didn’t set the trap, it was he who initiated. I was trying to adjust in my New York already. But now I was getting trapped in those days again. I felt his presence around me again. I got my constant checking of phone syndrome back with that one request. Thanks to Derik, this guy never fails to invite in me into a mess. I screwed my well prepared presentation of the project for which I was working for last three years. I couldn’t concentrate.  I couldn’t literally handle my mind to sail in the parallel universe where Derik was just my virtual reality. I don’t know why it felt like I could make it again. I waited for things to happen. My increasing level of exasperation and agitation wanted me to call him right away and ask him why he was doing it? I wanted to see him, touch his eyes and his cheeks. That idea of touching him in person made my palm a little warm and sweaty. I was dying to see him, dial his unsaved number again and ask him about all those things which were eating me since years. But something stopped me from doing this stupidity.

The moment my eyes were about to drop a tear, Ravin popped in the meeting room with a cheerful voice echoing,”Ola”!

(I met Ravin on a beach in Australia. He worked for our company with our co-partners. But later he joined us. So our work introduces us to each other. That was the time when I was struggling to fill that huge void which Derik left behind when he moved out of my life.)

To my surprise, my reflex action greeted him with the same generous smile in response. Actually it’s “Hola”(means Hello in Spanish). Don’t be a murderer of the language! I exclaimed. (Derik’s absence made me learn certain things; one of them was faking my emotions. I was not like this. My face used to scream whatever I used to feel. But now I was different. A stubborn diplomat, soaked in sarcasm. I wasn’t the same individual anymore.)

You got me senorita! It’s one and the same, come on. Don’t be so judgmental. He said casually without minding the difference.I have good news and a bad news for you. Which one would you like to have first?

Okay then lady, we have got a new opening in town for brownies! Wanna try anytime soon? You can check if they sell your interest there.

And what’s the bad news?

The bad news is, you have to come along with me to that shop whenever you are planning to go, he said with a sheepish smile. Ravin would never used to leave a chance to ask me out.

You know I really don’t like going out with people.(I somehow bargained with him.)

Yea yeah I know, relax. You can go to your dome anytime you want.  And please I am not people. I am your friend who literally saved your ass in Australia. I won’t let you forget that. (with a cunning smile)

(My dramatic tone on)Yeah why not, my life is your gift. If you wouldn’t have appeared like a superman that evening, I would have drowned in the beach that night.

Of course! But tell me something, why would a beautiful woman like you would jump into the water knowing that she can’t swim? Why? Were you trying a suicidal attempt? What? Don’t give me that look! I Mean I am sure you weren’t, I am just asking in case, you know.

Ravin,I have told you hundred times! That wave swept me along. That was strong enough to oppose.

Not more than you lady. (Ravin retaining his whimsical smile.)

Shut up. (Pushing him literally away as he tried to lean on me). Let’s catch a coffee.

This woman and coffee. God!! (he murmured in grunted voice literally pressing his teeth. )

You said something? I asked with an arched brow.

No. Not at all. Let’s go. I love coffee too. (I giggled in my small space. Ravin wasn’t a coffee person but for me he was ready to become any person whom I like.)

So where are we heading? He asked cheerfully.

Straight to Amy’s bread. 672 9th Ave. I simply love their coffee and cake.

So from where did you develop this taste of coffee with cake or a brownie. I mean very less people order it together.

“Lo quiero asi.” (Spanish)  I said it like almost making a statement.

Yeah same to you.( he replied barely understanding the sentence.)

Oh poor chap of mine! FYI let me tell you, It meant: “I want it that like”.

You literally got a spark Clara, believe me or not. You have it! I ignored the flirtatious comment as I navigated him to the bakery. “Careful. Straight and then left and my destination would be on right”. He laughed as he followed my orders.

He rushed to open the door of the car for me as we reached.

It reminded me of Derik. For a moment I was paused. Derik used to perform this gesture for me. Something a gentleman would do out of love and courtesy. I felt numb inside.

I ordered a hot brew coffee with a brownie and Chocó chip cookies for myself.

What would you like to have sir? The guy at the counter asked Ravin.

Have you tried their monkey cake Clara?

I don’t like experimenting with my food, especially when I am stressed. I answered with sheer truthfulness.

He will have a monkey cake.(I made a playful firm note to the person with my eyes stuck on Ravin). I confirmed the order to the guy.

While Ravin was trying to make the most of the time by doing the majority of the talks, I was busy doodling something on the tissue paper and roaming in my own world with Derik. Coffee reminds me of him. It takes me closer to him every time I sip it. So I started having it more often. My first date with Derik was a coffee date on my birthday where we were literally fighting like teens. Over the span of two years I believe I have evolved into a new human or maybe evolved into a mini version of Derik.

Ravin’s voice broke my train of thoughts as he tried to shook me back to reality.

Clara?Clara?Hey? What are you thinking?

Yeah yeah. No I mean nothing. Completely. Yeah you are right. (I fumbled as I tried to collect his words to frame into a meaningful sentence and with an effort to show some interest in the communication.)

Hit the below links to read the remaining parts of the story: 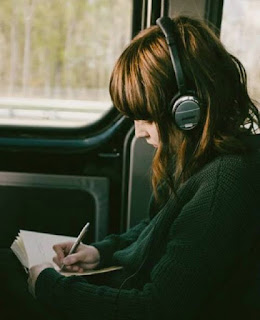